Word Monsters: The New Puzzle Game based on the words of Rovio 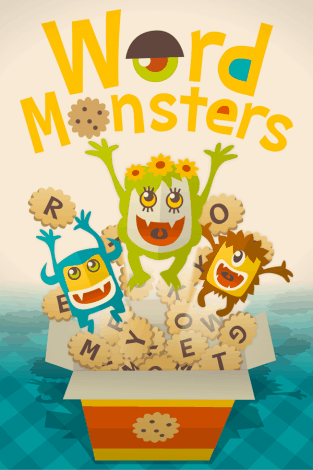 SUPER COMPETITIVE LEAGUES! From now on, the top two players in each division are promoted – and the bottom four players are demoted! Start swiping those words to secure your spot!

Arrived for iOS in late March, Word Monsters, The new puzzle game finally makes its debut on Android. Developed by the software house  Raketspel  and released on iTunes and Google Play by Rovio Stars , the division of Rovio which is proposed as the publisher of indie games more deserving , Monster World offers players a rather simple gameplay based on hidden words .

In a grid of scrambled letters , we find the hidden words and make the swipe on the grid to grab hold of points. Obviously, it is highly developed component social Word Monsters, trying to grab the market share they have had for several months games like Ruzzle . The title is obviously located in the Italian language .

We can assemble our custom monster that will work as an avatar for the challenges . In addition, we own directly challenge our friends, even putting to test our knowledge of foreign languages ​​by taking part in competitions against players from other ethnic groups.

This game may include:
– Direct links to social networking websites that are intended for an audience over the age of 13.
– Direct links to the internet that can take players away from the game with the potential to browse any web page.
– Advertising of Rovio products and also products from select partners.
– The option to make in-app purchases. The bill payer should always be consulted beforehand.

Word Monsters is available for free on Google Play and this is obviously the title of the classic free-to-play with in-app purchases . Following the badge for download, a few screenshots (in English) and the trailer.PLAY WITH FRIENDS! Challenge your friends and see who can swipe the words away in the fastest possible time! Have fun!