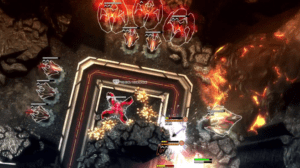 Anomaly Defenders is the latest effort, as well as the closing title of the series Anomaly (which counts on Android Anomaly Warzone Earth HD, Anomaly Korea and Anomaly-2), the 11 Bit Studios , independent software house that was particularly active in the pipeline is another title rather expected by the press and by the user, This War of Mine.

Anomaly Defenders, unlike the other games in the series, will put us in the shoes of its alien invaders , who were in turn invaded by humans seeking revenge after attempting to completely eliminate the human species from the face of the Earth. The guys from 11 Bit Studios have released another movie that shows us once again the potential of the upcoming title and some of the defensive structures that aliens will be able to show off against ground attacks.